AUSTRALIA The land of kangaroos and “Modkraft” a.k.a Nitesh Batra is entering our next interview. His music is becoming an interest of the biggest names in Techno world and it is AWESOME. Before his remix for the head of the label “Big Show” that coming out on 16/12/16 here is an interview about a view from his eyes on his world of music.

1.Share with us some words about your early years and how did you become a DJ/Producer?

Well, music has been a very important part of my life right from childhood but as far as Dj’ing is concerned it all started with Trance, Dance, and Disco. I was about 16yrs old listening to a lot of electronic music, clubbing and dancing to some of the finest Dj’s back home in India. I was really fascinated by the fact that a person behind the decks could take you on an endless journey and interact through a language which everyone understood “MUSIC”.
I think it’s my experiences on the dance floor that made me try and get behind the decks to tell my own story; also all my Dj friends from back then were/are a huge inspiration till now. I started playing professionally as a resident Dj in the early 2000s and it was technically around then when it all started for me. It was during that time when I first used the computer to mess with music. “Acid Pro” was the first software I used to make edits/mashups of tracks, which I would end up dropping in my sets at night. Things like mixing music using multiple decks playing different music loops and a computer running fruity loops while recording stems and then merging them on sound-forge was what I used to love doing back then. I guess because of all those crazy practices I got myself to study audio engineering and sound production. Since then I’ve probably worked on almost all the DAW’s to make various styles of electronic music at some point in my career but its purely ABLETON LIVE as of now and hopefully forever.

2.What were the main highlights that occurred for you since the start of your music career?

I think every phase of my career has been a milestone for me personally, from playing in a small club to playing at a festival of thousands of people, travelling and playing at various nightclubs across India while sharing the console with some of the finest Dj’s from all around the world has definitely been something I will always cherish; but If I have to pick one such event in my life that has been truly memorable it has to be when I played my own music at a festival, it was like a DREAM. Also, my first underground warehouse gig here in Melbourne was something I will not forget for a long time, it was an epic experience!!

3.Is there a preferred artist that you like or look up to and/or strive to produce a track as powerful as his?

Oooo that’s a tough one coz I like a lots of artists from the entire spectrum of electronic music but if I have to name a few from all over it definitely have to be Simon Posford, Trentemoller, Stephan Bodzin, Mind Against, Peter Dundov, Guy J, Olivier Giacomotto, Perfect Stranger and more. As far as music production goes I truly believe one can never produce a track like someone else, maybe sonically you can achieve a sound but u can never replicate an artist’s emotions. Your music is a mirror image of your feelings and emotions at that time, so for me, I’ve always strived to evolve as an artist and tell a story in my own style.

4.Tell us, is it difficult to stay innovative and maintain a fresh outlook while producing electronic music?

Hell yeah it is very difficult to stay on top of technology and with the number of amazing things one can do with it but I genuinely feel if u love what you do and stick to what you believe in, your music will find its way. It is with those trial and errors you actually develop a certain style and uniqueness which is only you and no one else. 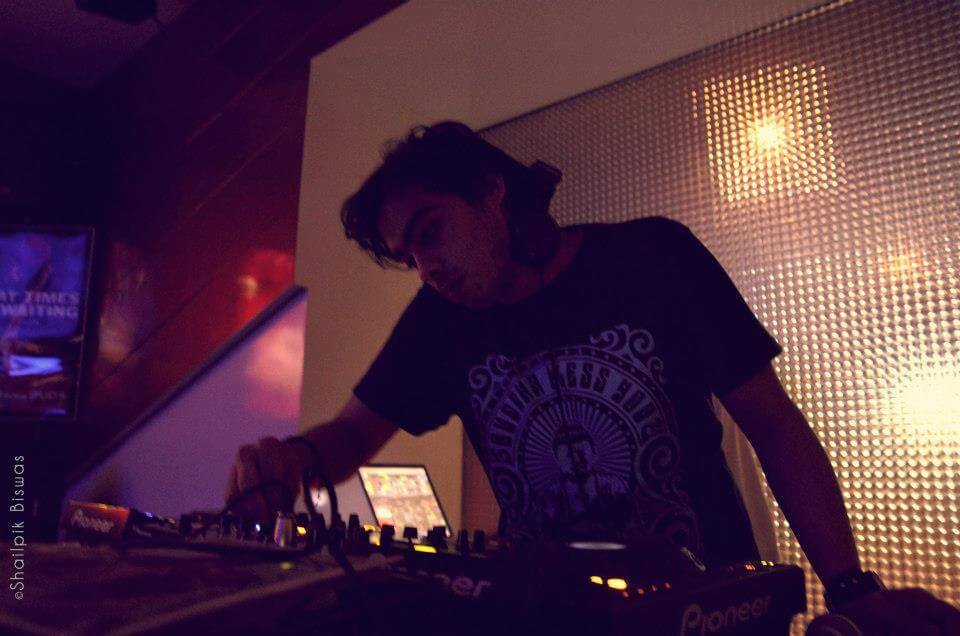 5.What will we hear from you as you move ahead?

Oh yes, 2016 farewells with a string of remixes from my end for Friday Lights Music bossman Big Show, Ben Rama (Techgnosis Records), and I just released a remix for Frezel titled “Serendipity” on Neko Music. I have another very special remix which I did for my very close friends 8-Bit Culprit & Dharmalogy, which should see the light at some point very soon. I am also working on an EP for Techgnosis Records and I look forward to sharing some of my original stuff with that next year.

6.Top Five: (Share with us your top five tracks that you like to use on the dance floor)?

7.Besides music, what else do you like to do?

Besides music, I love to travel, watch movies and play with technology !!

You can find Modkraft on this social media’s