A lot of producers want to be famous and earn big $$$, who doesn’t? Nowadays there is an influx of boring, burned out music that oversaturates the market and we have to wait and sometimes drown in the sea of all of it. Here is a quote from the legendary producer Carl Cox that fits perfectly as an opening to our first interview. He says: “EDM’s an entry level to dance music, I am very happy about that. We fought so long for dance music to be respected there. EDM’s a sound America has latched on to, but once people start going left and right of that scene, they’re going to find their Art Departments, their Loco Dices and their Sven Väth’s  and that’s a really good place to be.”

Meet two guys, Ido Rozen and Ori Weiss a.k.a Alterville and we wanted to ask them a few questions to find out what they think about the music and everything around it in our world today.

Share some words about your early years and how did you become a DJ/Producer?

Ido: I guess when I moved to Israel and discovered a program called Reason through my cousin who then was producing on it, he gave me a 5min crash course on it over a Skype call, how to add a kick drum, bassline, synth etc.. And I started making some weird psytrance minimal kind of tracks. At the same time, all my close friends (including Ori) were also making music but on Cubase. With the djing I guess that goes so far back, making mix-tapes for friends on cassettes or fiddling with the equalizer and panning on the radio at home. But the “real” djing came at a later stage.

Ori: I started as a drummer and I was very much into punk rock, later I was introduced to psytrance by close friends and started producing my own tracks, we all learned tricks and techniques from each other. There was this one party that we went to, Ido was djing there and was so nervous and shaky (He still is today hahaha) Basically after one skipping disc and a fatal mistake of ejecting the same disc from the wrong CDJ. I jumped behind the decks with him and it became our first set together.

What were the main highlights that occurred for you since the start of your music career?

Ido: The biggest highlights for me are first and foremost actually finishing a track. Of course, our first release as Alterville, the Bigenweil EP, and all that followed that.

Ori: For me our first track together “Bigenweil”. And that one marathon set we played at the Bootleg club that started at 02:00 am and ended at 10:00 am. I was dead by the end but that was definitely a milestone for us.

Is there a preferred artist that you like or look up to and/or strive to produce a track as powerful as his?

Ido & Ori: Tale of Us – Another Earth / Extrawelt – Soopertrack  – It’s a tie between these two ?

Tell us, is it difficult to stay innovative and maintain a fresh outlook while producing electronic music?

Ido: I think if you do what you always do, you’ll get what you always get. It can be difficult sometimes because it’s a creative process but for me, it’s a lot to do with where you draw your inspiration from. You have to have a strict regiment of track research, constantly keeping up to date with what’s out there – the good and the less good and to just keep digging and feeding your ears with fresh music and ideas.

Ori: Yeah what Ido said but you see, nowadays, anyone can pick up a laptop, download some music production program and go out there and buy all the “right” synths and fx for a certain style but at the end of the day its the idea and the freshness of it that counts. 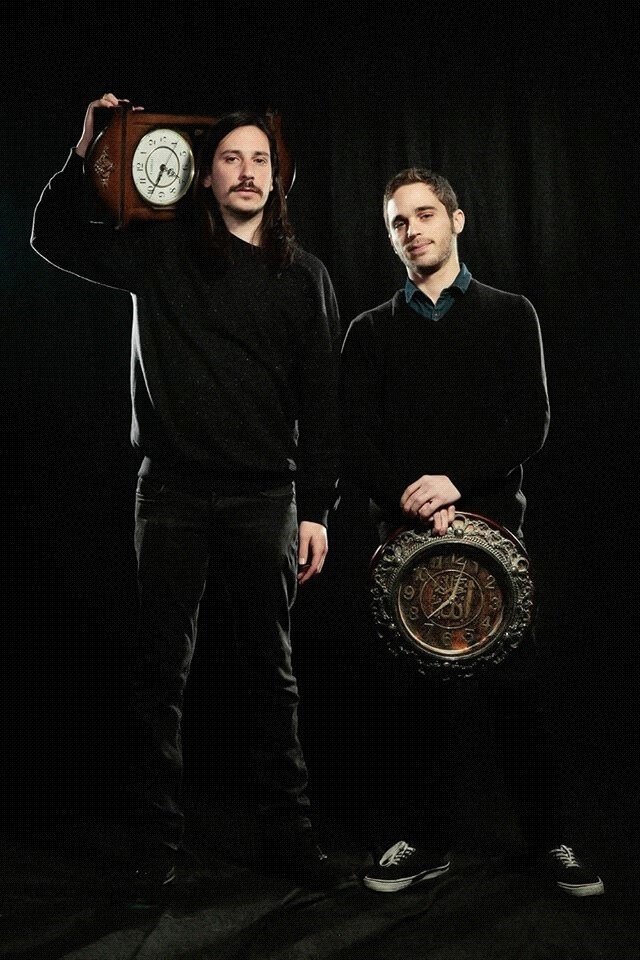 5: What will we be hearing from you as you move ahead?

Ido & Ori: A lot more music, we have a backlog of ideas and tracks that all need to be polished and wrapped up. In the studio we are constantly upgrading equipment, buying new toys to play with and working very hard on the final mixdowns. Our DJ-setup at the moment is also getting a makeover, we are experimenting with new controllers, external effects and trying to build up the perfect system for a team of two on stage both live and DJ sets.

6: Top Five: (Share with us your top five tracks that you like to use on the dancefloor)?

Ido & Ori: Its very difficult to answer that because of our top five keeping changing, updating and/or moving up or down by themselves. But here are our top five favorite tracks of all time. At the moment. In no particular order.

7: Besides music, is there any fun you do?

Ido: I like long walks on the beach, reading books and collecting butterflies.

8: Describe the music scene in your current location?

Ido & Ori: The scene here is Israel is rapidly growing and growing, there are so many small venues, bars, and clubs that are musically mainly techno orientated and have more techno nights than any other genre. Massive acts and talented artists from all over the world are being booked at a much higher frequency than before and at different venues.We feel that the Israeli footprint on the techno map is on the rise and has been constant for the last decade and will keep expanding. It’s a good place to be right now.

We want to thank you for your great answers.

Now here is a set from Alterville.