We welcome Ian Cheshire a.k.a “Sergio Vilas”, You may have heard Ian from his previously produced projects like “Kube 72” and “D00sh”. This excellent producer is our 8th Interview of Lights & Shadows Mixes and Interviews. Touring Germany, Poland, Czech Republic and America playing alongside artists like Carl Cox, Dave Clarke, DJ Rush, Technasia, Joris Voorn, Green Velvet and many more and we asked some questions about his side of the music industry. with o further adieu please welcome Ian as “Sergio Vilas”

1.Share with us some words about your early years and how did you become a DJ/Producer?

Well I was lucky enough to be a young man back in the early nineties when the rave scene here in the UK. I was going out a lot and got to experience many clubs and festivals and so my passion for dance music and to DJ came from there. Seeing Carl Cox DJ was probably my biggest influence and so around 1996 I started on my mates 1210’s and then managed to get myself a pair so I could practice at home. I loved it and still do, the fact that I could create a journey for anyone listening which at that time was myself but my aim then was if I was on the dancefloor what tracks would do that for me? I became so passionate about it and began the journey of hunting down the tracks that hardly anyone else had. For the next 4 years I played at parties and entered into some competitions but I got my big break from a great guy called Biff in 1999, he booked me to play at the Lizard Festival and from there I was able to feel more confident about my ability as a DJ. I then sent my CD out to an agency in Germany via a friend called Danny and then I played one gig near Hamburg. The next week they (Mirko and Sebastian) called me and said we’d like to have you on the agency, we think we could get you some gigs over here. It was incredible and I ended up playing in Germany for over 7 years. I got to play and support DJ’s like Claude Young, DJ Rush, Dave Clarke, Carl Cox, Joris Voorn, Ladida , Technasia and many more. I was always interested in producing and managed to get myself a copy of Reason and made a few tracks and put them on a CD around 2007 of which Carl Cox picked up when I gave him a copy.

2.What were the main highlights that occurred for you since the start of your music career?

I consider myself very lucky and I have had many musical highlights, some of those were playing at Glastonbury, playing Lizard Festival, Tresor in Berlin, playing with Dave Clarke, hearing my record store day release being played on BBC6 music, my albums on both Subsensory and Dear Deer but for me it has to be hands down the night I supported Carl in 2007. Not only was he impressed by my warm up set but I gave him my CD and we had a little chat about music and just general life stuff. I was blown away by his humbleness and just how easy it was to chat to him. He took my CD and we said goodbye. I knew he was off to play Monegros Festival the next day but that was it. I never really thought of checking youtube but a mate of mine Nick who was there with me that night (and many others lol) said maybe check Carl’s set. So I did but not until about 4 months later and so I sat down to watch his set which was taken on a phone by a festival goer and I remember just crying, his first track was off my CD I had given him called Blue Night. It was such an emotional thing for me to hear and watch, I couldn’t stop watching it. So in that moment he made me think , ok maybe I should give this production stuff a go. I continued with Reason and had some interesting tracks come out of it but Ableton was the DAW for me and still is. Since then Carl and Ian (his manager) have been supporting my music and I recently got onto his playlist on Spotify, which is another awesome highlight.

3.Is there a preferred artist that you like or look up to and/or strive to produce a track as powerful as his?

I love so many artists, from old to new, from Carl Cox to Tsha, Laurent Garnier to Emi Galvan, Nick Warren to Ulrich Schnauss, from Bicep to Leftfield, from Orbital to Antrim. It’s so hard to choose one that has had such an influence or one who I’d like to sound like because I know my sound doesn’t like any of those and to be honest I am happy with that, I don’t want to be the next Bicep, because for me how is that progressing my music style? When it comes to music I got to go with what my heart tells me not my head. At the moment I am really into the progressive sound and have been since I heard Nick Warren on Radio 1 back in the 90’s. I really love Emi Galvan and what he is producing, he’s done some amazing tracks but I also really like Alex O’Rion and Antrim. Live wise I love Saytek, he’s got a great sound as well and has been doing his thing for a long time and I admire that. I also listen to labels and what they are putting out and if so the labels are becoming more the thing. Labels that I am really into and the sound is Holy Grail, Friday Lights Music, Anjunadeep, Soundgarden, BC2 Records, Detour Musique, 1980 Recordings, Dear Deer, Rollerblaster, Clubsonica, Bonzai, Manual and many more. If I could have a release on all of those I’d be very happy.

4.Tell us, is it difficult to stay innovative and maintain a fresh outlook while producing electronic music?

Yes of course, like anything if I do it too much I tend to get bored with it so I have periods where I will leave my music alone. However when I am producing I can normally get about 4 or 5 ideas down pretty quickly into a 9 bar loop and then I’ll leave them, go work on an old track that I might need to eq and mix down then I’ll go back to the ideas and see which one jumps out at me and then I’ll run with that. If it gets boring, I’ll then have a listen to the other 4 and see if any are worth doing. It can be a bit of a back and forth process until I am nearly 90 percent happy with that project. My eldest son is taking music production at college and my youngest son is really into his music and vinyl, their music is always inspiring and definitely helps with ideas. My eldest son taught himself the piano and although I play the guitar I’ve found the keys hard but he’s giving me some great pointers. I also work with Chad Stegall in the US, we did some collaboration on my last album and we send ideas back and forth. I really like collaborating especially with Chad as he is a master on the keys; he has helped my own playing come on as well. He has a good insight into the mix process, his knowledge has been really helpful. 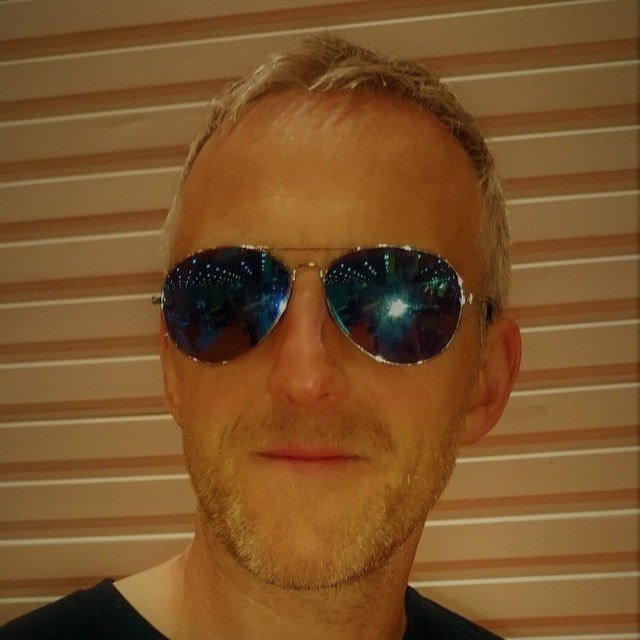 5.What will we hear from you as you move ahead?

Well I have a few releases coming out on Holy Grail, a remix for 1980 Recordings, a single on BC2 Records, an interesting single project and house EP on Rollerblaster Records later in the summer , an EP on Detour Musique and of course Friday Lights Music which I am so excited about, the remixes are just incredible. I am also working on an EP with Chad Stegall, we have a few tracks that are nearly ready to go to labels. Sound wise I really can’t say and I like that, it’s down to what happens with the ideas, they could be house, downtempo, techno or progressive melodic sounds, that’s the beauty of not really having a fixed style.

6.Top Five: (Share with us your top five tracks that you like to use on the dance floor)?

Well as I love all types of music my sets are always based around the crowd and venue etc. But if I were to have 5 that I know would go down really well in any set they would be:
1. Beije – Sigil – Emi Galvan Remix
2. Joris Voorn – Incident
3. Bicep – Glue
4. Derrick May – Strings of Life
5. Dosem – That Look

7.Besides music, what else do you like to do?

I love sports and I still play rugby here in the UK, my body is not how it used to be so I play touch rugby now and as my youngest son has turned 16 we can now play together and that’s a really nice feeling. I also love watching documentaries on nature and getting out into nature, I just like being outdoors; it’s probably why I love festivals so much. I also love astronomy, hence why I called my track Sojourner and I also have a telescope that I use quite a lot.

You can find Sergio Vilas on those social media’s